This online contest is similar to our previous online Role Playing contests ( 1, 2 , and 3). In the diagram below, each diamond represents a film and each circle represents an actor (blue) or actress (pink). Lines connect films with actors or actresses who appear in them, not necessarily in a leading role. Note that each film connects to at least two actors or actresses, and each actor or actress connects to at least two films. All the films are from the 21st century. None are shorts or documentaries, but some may have only been shown (so far) at film festivals.

The middle circle is empty, and represents an actress who may have any number of letters in each of her names. As the lines indicate, she was in all 13 films represented in the diagram. Her name is the answer to the contest.

To enter this contest, first read the detailed rules (see the link at the bottom of this page), then select the Enter Button below to view the entry form. Enter your answer in the “Contest Answer” box, complete all other required information, and choose Submit.

Now that we have numbered nodes, we can talk about which nodes connect with each. I used a separate list for movies versus actors.

Want to solve it for yourself with the code I wrote? You can! First you have to check out my code via svn:

Check out the README file:

Setup your own mysql server, add a imdb user, create the imdb database, import the data, run the program according to the README instructions. 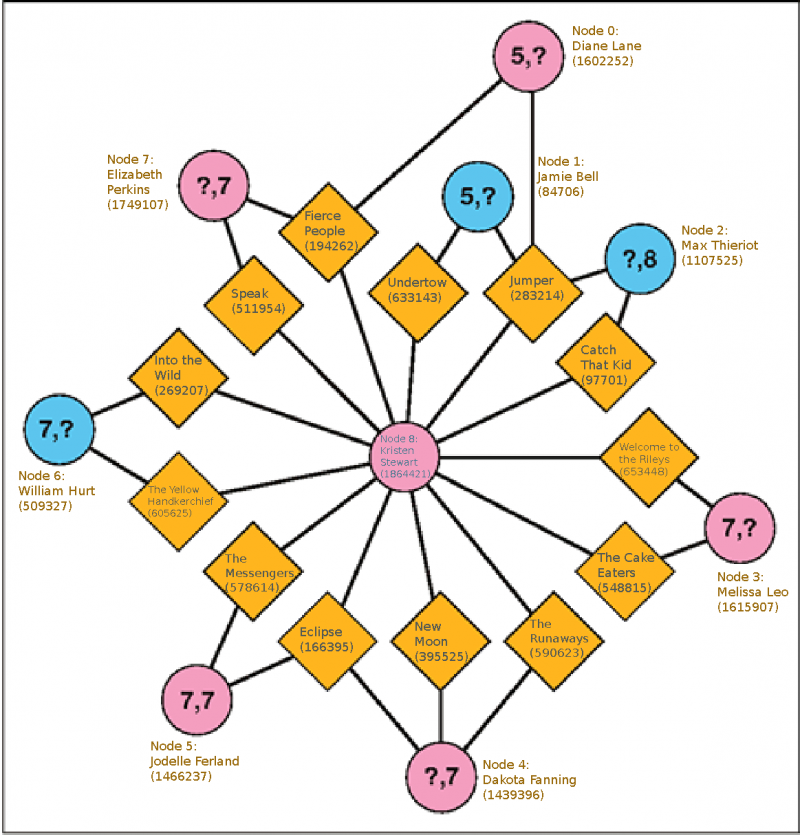